Tagged as a Plea, Guilt Trips

When You’d Become, the Sum of My Parts

When you’d become, the sum of my parts, it would be, super, duper hard, for me, to live without you, I’d grown, to rely on you, for every single one of my needs, and yet, you don’t, give me any, and so, I shall, die… 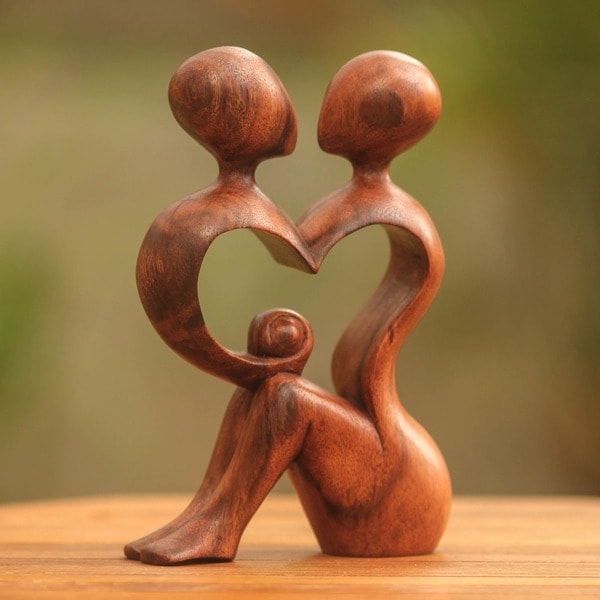 and it’s, still NOTHING good!  Photo from online

When you’d become, the sum of my parts, nothing’s, interchangeable, I gotta, have you in my life, or else, I will, die, I can’t even, go a second, without you on my mind, what am I, supposed to do, I think about you when I’m awake, and dream of you, when I sleep at night.

When you’d become, the sum of my parts, well, let’s see, how it’ll end, and I gotta feelin’: it ain’t, gonna end well, not for me one bit, and yet, I can’t, map out my brand new path, my path is, too entangled, with yours now………

Tagged as Conjoined at the Heart, Toxic Relationships

Because You Don’t Want to Die Alone…

And because s/he allows you to control her/him like that, you’d, started taking advantage of the fact of how s/he couldn’t, turn you down or away.  Unbeknownst, you’d, started, using manipulative ways, to control the other person.  Because you don’t want to die alone, but, you know what, EVERYBODY dies alone, nobody (not even G-O-D) can help you through the passage from life TO death!

Because you don’t want to die alone, such, a selfish motive, still, you’d, used it, as a VALID excuse, a form of, rationalization, of how and why people, should treat you kind, because you’re dying, therefore, you DESERVED to be shown, some extra kindness, right???  WRONG!!!

Because you don’t want to die alone, well, when I die, I’d much rather be, alone, on my own, and, someone will find me, a little while, AFTER I’m dead and gone, and follow everything I would’ve, specified, in my will, to handle MY final affairs…

When You’re Far Away, My Thoughts Seem Astray

It’s like, you’re, in control of my thoughts, ‘cuz when you’re far away, my thoughts seem astray, they are lost, with no way, to get back home, to me again…

When you’re far away, my thoughts seem astray, they’d, flown toward where you are, and, no matter how loudly I’d screamed at them to come back, they won’t, not until, you’d, come home to me…………

When you’re far away, my thoughts seemed astray, and you’re now, very far from where I am, and, so, I’d, let go of my thoughts, figured, that they will, eventually come back to me, after they’d had enough of you, just like you’d always, come back to me again!

Filed under Codependence, Dependency, Despair, Enmeshment, Life, Loss, STUCK in a Cookie Jar, The Fate of a Woman, Wake Up Calls

Can’t Do without Your Smiles

Gotten so very used to, seeing your bright smile, greeting me good morning, that I can’t do without them now.  Can’t do without your smiles now, they’d become, a part of my day to day living, as we’d gotten closer to each other by the day, I’m finding myself, getting more intoxicated, by your love lately.

Can’t do without your smiles now, why are you taking the only thing that makes my existence meaningful away?  Do you not realize, how important you are to me?  How can you be so fucking cruel?  Don’t leave me, without your smiles, I will, die for sure…

Filed under Cause & Effect, Codependence, Messed Up Values, Observations, Obstacles in a Relationship, Relationship

If It’s His Ex-Girlfriend, Then, Why Must He Marry Her?

Had allowed love to get to her head, couldn’t see the truth, Ms. C sent me a letter, she said, “the boyfriend doesn’t love ‘his current girlfriend’ (she’d especially labeled her as an ex-girlfriend); but his family forced him to marry her, because she’d lived with the family for over twelve years now, and, he must shoulder the responsibilities toward her.  They’d even told him, if after they’d married, and realized, that they still couldn’t get along, then, they can file for divorce, but, he just, can’t abandon her now.  If he doesn’t marry that ex of his, then, the boyfriend’s family threatened to cut him off, and wouldn’t allow him back into their household.”

And now, they’re “in waiting”, as the issues with the ex-girlfriend just couldn’t get resolved.  She wanted to know how she can resolve the stresses of her boyfriend’s family toward them, would his family really force them to split up?

From Ms. C’s letter, I can understand, some unspoken truths, which was: her boyfriend was originally with his ex, or maybe, he’d gotten tired about being with her (or maybe, it’s normal), the boyfriend cheated with C, and, thought about, that he’d had to actually get married to C.

Whether it be a new love, or an old flame, or maybe, he’s just stalling, he is irresponsible, without the strengths, stamina, doesn’t want to be the bad guy who brings up the break up, so, he’d used his own family as a shield, and blamed it on them, to stall for awhile, then, he will used a more rash reason that’s made up by himself, “to break his own heart” and break up with C.  C, who is either too young, too naïve, or blinded by love, if she doesn’t wake up soon, maybe, she’d gobbled all his lies right up, and, became a “spare”, who’s waiting for her boyfriend to marry his girlfriend, until they’re divorced.

Simply stated, after the boyfriend had cheated and had his fun, he will still end up, marrying his “ex-girlfriend”, so, DON’T trust him!

And this, is where the trouble is, the woman is still too infatuated with the man, and she will gobble up ALL those LIES he’d sold her on, and, chances are, that she probably will STAY DORMANT, until it’s WAY too late, until the “ex-girlfriend” who’d become her “boyfriend’s” WIFE, and found out about them, and SUED, and, this woman still doesn’t HAVE a clue, because she’s way too BLINDED by L-O-V-E!

Tagged as Blindly Believing in His Lies, Confused, Men Who Wanted it Both Ways

Freeing My Heart From You

You took control, of my heart, and, I still have absolutely NO clue, of how you got to it, and I’d worked, so very god DAMN, FUCKING (and your point being????) hard, to free my heart from you.

Freeing my heart from you, this, was NO easy task, because my heart, it’d longed for you constantly, and endlessly, while my head knew, that you weren’t right for me, and so, my heart and my head became, dead-locked, in this battle, endlessly.

Freeing my heart from you, I will keep on working at it, until, my heart can break out, of that cage that you’d built up, to keep it locked up in, and, until it (my heart???) is free from your control, I will NEVER be able to, rest easy.

Freeing my heart from you, but, I can’t even, imagine my own life without you, how the HELL am I supposed to, free my own heart from loving you?  It’ll be hard, I reckon, but, I will do it, a day, at a time, until I’m completely done, with ALL those TWELVE steps.

Freeing my heart from you, I finally hard, and now, it (my heart) never get reminded of the heartaches you’d caused me, as it’d found, another, better, brand NEW man for it to give itself to……

Freeing my heart from you, I had, and, I feel, so free, because I can finally, live, without YOUR abuse, and I’m soaring, free here!  It’s amazing, this feeling of F-R-E-E!!!

When You’d Become My Only Life Line

When you’d become my only life line, boy, oh boy, am I, totally SCREWED or what?  Because what if, you weren’t there, to answer my life-threatening calls, then, I will, die, for sure, wouldn’t I???

When you’d become my only lifeline, I only got myself to blame, for becoming utterly, completely, so totally, reliant and codependent on you, and, I’m to blame, to allow you to have that much control over me.

When you’d become my only lifeline, then, I will surely, die, because I can’t count on you, to save me, at least, NOT, when it really counted, can I?  Think about it, how many times had you been here for me?  N-O-N-E, so, why is it, that I have yet, to take you off, of my lifeline?  I dunno………

When you’d become my only lifeline, then, I’m a goner for good, because you’re, unreliable, and, you will keep on breaking ALL the promises you’d ever made to me, and I’m still waiting, for my heart, to get that, and, after all of me (body, mind, soul, AND heart!!!) got that, well, the four of “us” will then, move on, to bigger, better things that life has in store for “us”.

Tagged as Leveling Off on the Codependence

I Live Only, for Your Happiness

Is this, LOVE in the “neighborhood”???  oopsy, MISREAD that LAST one there, it’s, CODEPENDENCE!!!

I live only, for your happiness, you’re the center of my whole world (ain’t that sad!!!), what I’d give, and do, for that smile, curling up your lips, so, just flash me, that beautiful smile of yours, darlin’, and I’ll be, satisfied.

I live only, for your happiness, don’t BE a SUCKER!!!  Because, IF you live only for someone’s happiness, is there, some form of, guarantee, that the person whose happiness you live for, is going to, or, is already, living for YOUR happiness too?  Of course N-O-T.

I live only, for your happiness, my world lit up, like a thousand Christmas lights, when you’re happy, and, when you’re upset, then, my world became so god damn FUCKING G-R-A-Y…

And, with YOUR bipolar, I’m on this emotional rollercoaster of yours, with you, at the controls, and, I’d placed, the right of MY own happiness in the palms of your hands.

I live only, for your happiness, yeah, uh, right, I live for, NOBODY else’s, NOT even this DEAD baby girl of mine’s happiness, I live only, for MY happiness, and that, is FINAL!!!  Why???  ‘cuz the QUEEN (still me!!!) SAYS so, because if you don’t like it here, feel free, to head off elsewhere, and, I still EXPECT every single “student” (that’s ALL of my readers out there!!!), to B-E-H-A-V-E her/himself when you’re on MY time…

Filed under Awareness, Being Exposed, Cause & Effect, Codependence, Connections, Expectations, Messed Up Values

Tagged as Relying on Someone Else to Make Onself Happy

And yet, I find it strange, that a TON (and yeah, that would be an UNDERESTIMATION, if you ask me!!!) people are confusing the two.  Confusing codependence with love, I see how that can happen, because at the start of your relationships, you feel the need, to cling onto one another, because that, is how infatuation works, but after awhile, when all the dusts settled, the clinginess became really annoying, and, suffocating too, if you don’t mind me sayin’ so, and even if you DO mind, uh, do I really C-A-R-E???  HECK no!!!

So, don’t BE stupid (feel free to take ANOTHER offense if you want to!!!), and don’t mistake codependence with love, otherwise, you’d be the one who got SCREWED over at the very end of the game there, ‘k???

Mirroring the World
Blog at WordPress.com.