The final passage, remembering the woman whom you’d come to know, as your, mother-in-law, from your father-in-law’s second marriage, translated…

Sitting silent, in the back of the church, on the wooden bench, stared at the white coffin, paved with flowers in the shrine, hearing the pastor slowly, told of your, eighty-two years of colorful life; as the pastor described you as being straightforward, generous, it’d, made me cry, and I’d, lifted up my head and smiled, started recalling the thirteen years of friendships we’d, come to share in life.

It was a snowy day in April in Norway, my husband who’d, planned to be single for the res of his life, drove me in his car, and, came to your door, my father-in-law, and his second wife, you, immediately led us in, and, in a panic, started, preparing the snacks, the coffees to serve to me, an unwelcomed guest.  Back then I wasn’t, fluent in Norwegian, I’d spoken in fluent German with my father-in-law, and, it’d, made you, who lived in the U.S. for over a decade object, that you had difficulties understanding us, and, we’d, realized that we had, excluded you, and immediately, we’d, both started switching to talking in English then.

On Christmas Eve that first year of our marriage, you’d, burst the hopes of your three daughters, sons-in-law, and nine grandchildren’s dreams of family union, you’d come to our home, and, baked for us, the traditional Norwegian pork ribs, meat balls, and sausages, and prepared seven types of pastries.  And, as lucky as I in the first time, I’d, scooped up, the only almond, hidden inside the rice pudding, and received, that special award for piggy almond candy.  Underneath the Christmas tree with the Norwegian flag, were the gifts, stacked up, you, my father-in-law, my husband and I, the four of us, sat around the tree, and started, tearing open the presents, the excitement, the joys, it’d, filled up the house.

The summer that my mother, second aunt, and nephew visited Norway, you’d not just, invited them, you’d also, found your youngest who’s my age, along with your young granddaughter, who’s around the same age as my nephew as company, you’d, set up a wooden board in your yard, with the balloons, and started, shooting the darts.  And even though, it’d rained that day, we’d, still, had a ton of fun; to this very day, my mother still talked of the cherries, the raspberries, and currants you grew in your own yard.

On your seventy-fifth, because your body was, ailing, you’d, delayed your birthday celebration in May, but you’d, not told us flat out, only asked, if we’re available to show up in June.  And, as my husband and I arrived, I’d found, that it was, a family birthday celebration your daughter, son-in-law, and grandson had set up for you; we’d, not brought anything, and we were, embarrassed, but you’d laughed and told, that it was because you didn’t want any presents, that was why, you’d, not told us it was to celebrate your birthday. 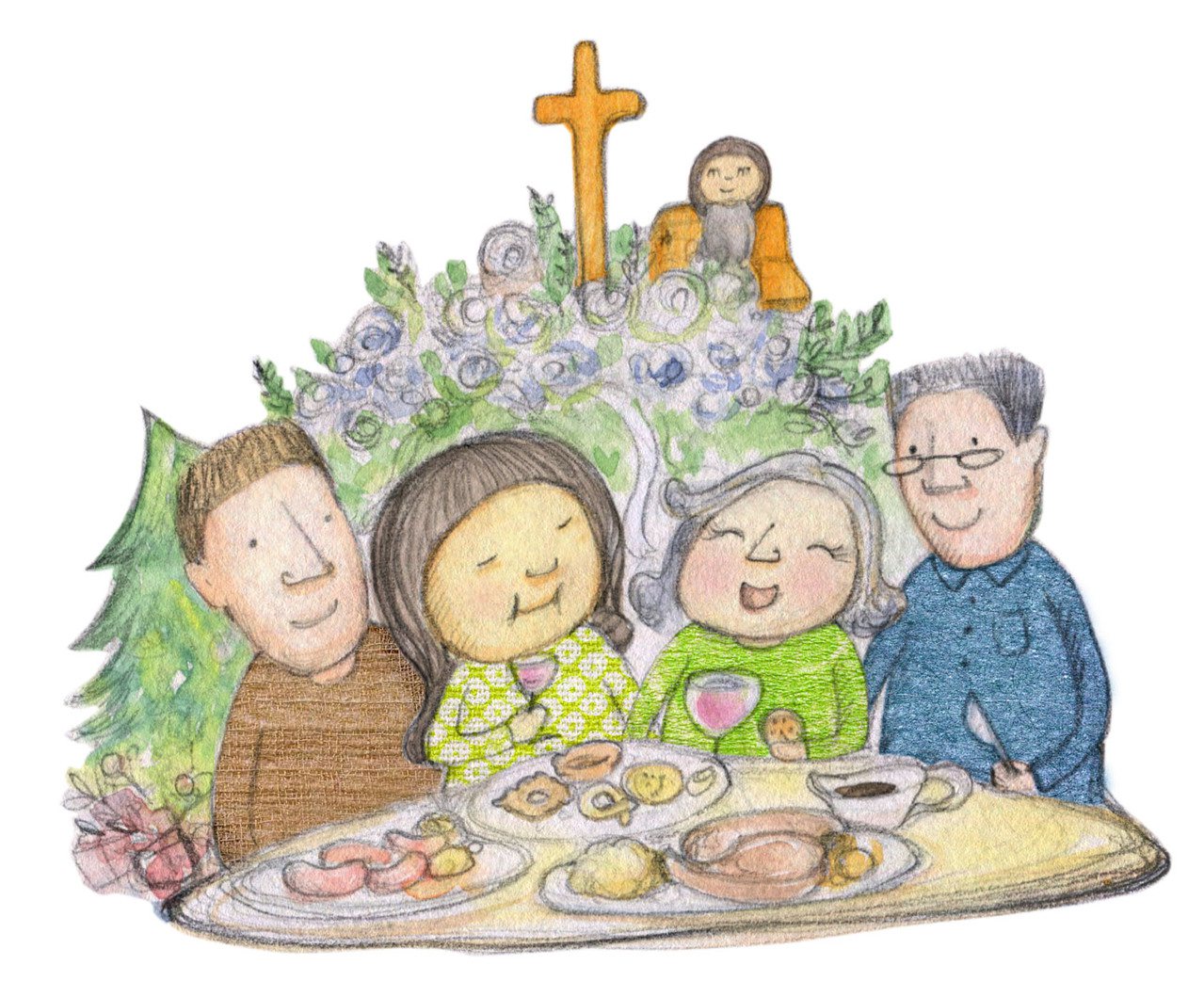 2017 was, especially cruel to you.  First, your best friend who lived in the U.S. died in the spring at the age of over ninety, several months later, it was, my father-in-law, the second love of your life, passed away, in the autumn.  On the evening my father-in-law passed, you, me, and my husband, the three of us, stayed close by his side, until he’d, swallowed his, last breath.  You’d, dragged your, deteriorated health, your, slow steps home; the following day, we took you to the funeral home, to set up my father-in-law’s final affairs, you’d spoken of how you’d, not slept through the night, that you’d, paced around in the living room; even as your kids and grandkids were there, to accompany you, it still, didn’t, take away from your losing your husband.

Within two years after my father-in-law’s funeral, I sat here, in this, same church, heard the same pastor, hosting your funeral.  This pastor was the one who’d, conducted the wedding ceremony of you and my father-in-law thirty years back, he’d retired since, but, two years ago, he’d, made an exception for my father-in-law, spoken on his funeral, and this time, for you too.  You marrying my father-in-law, had once cast a huge shadow for my husband’s not introducing me to his own mother, but, for the eighteen years, the three of you had, died, and all the displeases of the past are now, gone, with the wind.  I’d heard of the news of your death as I’d returned from Egypt, I’d, come, to see you off, I’m so grateful for your kindness toward me, even more grateful, that you were, a “stand-in mother-in-law” to me, giving my families and I, such, wonderful, memories.

And so, this, is on how strong the connections of strangers who became, families are, and this still just showed, how if you’re kind to your daughters or sons-in-law, they will, reciprocate, and love you like you were, their own, parents too.  This is quite rare, to see a stepmother-in-law and a daughter-in-law get along so very well together.

Tagged as the Finality of Life