The Thirty-Sixth “I’m Sorry”, in the Workplace

My son laughed in disbelief, at which time, his cell phone started ringing, it was, the tour guide to Japan, said that two of the guests refused to have the hotpot arranged for them by the tourist agency, that they’d insisted on having pork chops; the leader of the tour worried it might be inconvenient to the restaurant, and feared, that it might be a bad example for the rest of the tourists, called from overseas, to file a grievance to my son, “Your clients, you take care of them.”  My son immediately apologized to the tour guide, then, soothed the travelers, asked them to just eat the hotpot with the rest of the group, that after they returned, he will treat them to the pork chops they’d wanted to have. 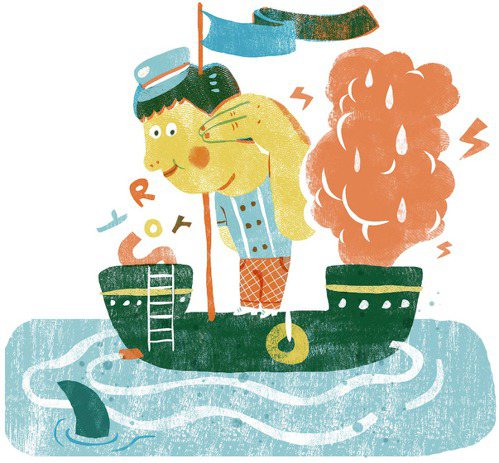 Seeing how my son had, lowered himself, as his mother, I felt that he was taken.  But my son told me, there are people from all walks of life, don’t know how many bad customers I’d come across over the years, this, was merely, a side dish, he said, that once, he’d continually told a client “I’m sorry” a total of thirty-six times, after the phone call, he was, completely, depleted of energy.

That time, he’d taken on a foreign tour group, at the information session, over thirty people came, as he’d collected the fees, some paid by credit card, some paid by cash, all of a sudden, he’d become aware, that there was a tourist, Ms. Lee who’d asked to pay by installments, and asked the others, “are there any like Ms. Lee who are paying by installments?” then, a group of people rushed up to him, and Ms. Lee was extremely furious, “What do you mean?  Why did you use my name?”

“Holy!  Could she have, mistaken my meaning that she didn’t have enough money that, was why she’d paid by installment?”, my son immediately realized that he’d misspoke, and told her that he’d not meant anything by it, but Ms. Lee wouldn’t have it, still pressed on.  And my son, who was then, cornered, can only kept apologizing to her, and as he’d counted to the thirty-sixth time he’d apologized to her, Ms. Lee finally got tired of grilling him, turned around and left, and he’d gone back to his cubicle, and, downed half a liter of water in one gulp.

Afterwards, my son received a call from Ms. Lee’s coworker, told him, that Ms. Lee was scolded by the superiors at the office for NO reasons at all, that she wasn’t in a good mood, that, was why she’d taken her angers out on him, hoped that my son can empathize.  My son said, that it was his fault first, that he’d spoken too fast, without taking into considerations that it may affect the way she felt, that he will surely improve the next time.

Although my son said carelessly, that he’d, rolled around the workforce for many years now, and had already become totally immune from everything that happens in the workforce, I can still see, that he was, somewhat hurt.  As for his most widely used phrase, did it have any positive influences?  I’d thought for a long time, and still couldn’t reach my own conclusions, but, you can never be too courteous, if you’re not closer to success, you would be, a step away from failure, I suppose.

So, this, is when one deals with a customer who’s WRONG, but, because this guy works in the service industries, he’d needed to, lower himself, to make his clients feel better, and this woman took out how she was grilled by her superior at work on someone unrelated to her work, and that just shows how low emotional control this woman has.

Tagged as Complaints by the Customers, Customers are ALWAYS Right